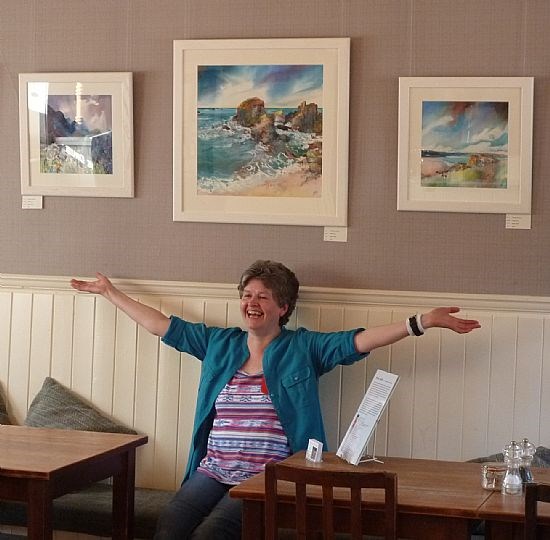 I was born in the Highlands of Scotland near Inverness. Being brought up with the sea close on one hand and heather clad hills on the other, instilled me with a fascination of the natural world. From as far back as I can remember this interest came hand in hand with a compulsion to draw and paint. Despite this, I spent most of my adult life working in office administration, with drawing and painting continuing as 'just a hobby'. It was not until I reached 40 that I decided to pursue a career in art. Since then I have been lucky enough to exhibit, with some success, in a number of Scottish galleries.

I work in a variety of media but predominately watercolour, which I love for its fluidity, freshness and unpredictability, properties which I feel are echoic of Scotland itself. Many of my paintings feature the ever-changing sea, mysterious woods or the tiny, yet bold, wildflowers that colour the countryside. I paint spontaneously, preferring not to over plan so that I can work with the medium rather than try to restrain it. This allows the painting to change and progress with each piece of work becoming an exploration , not just of my subject but also of the paint and it's interaction with water and paper. I maintain an element of experimentation within my work and painting continues to be an adventure and quite simply, a joy.

Places I have exhibited:-